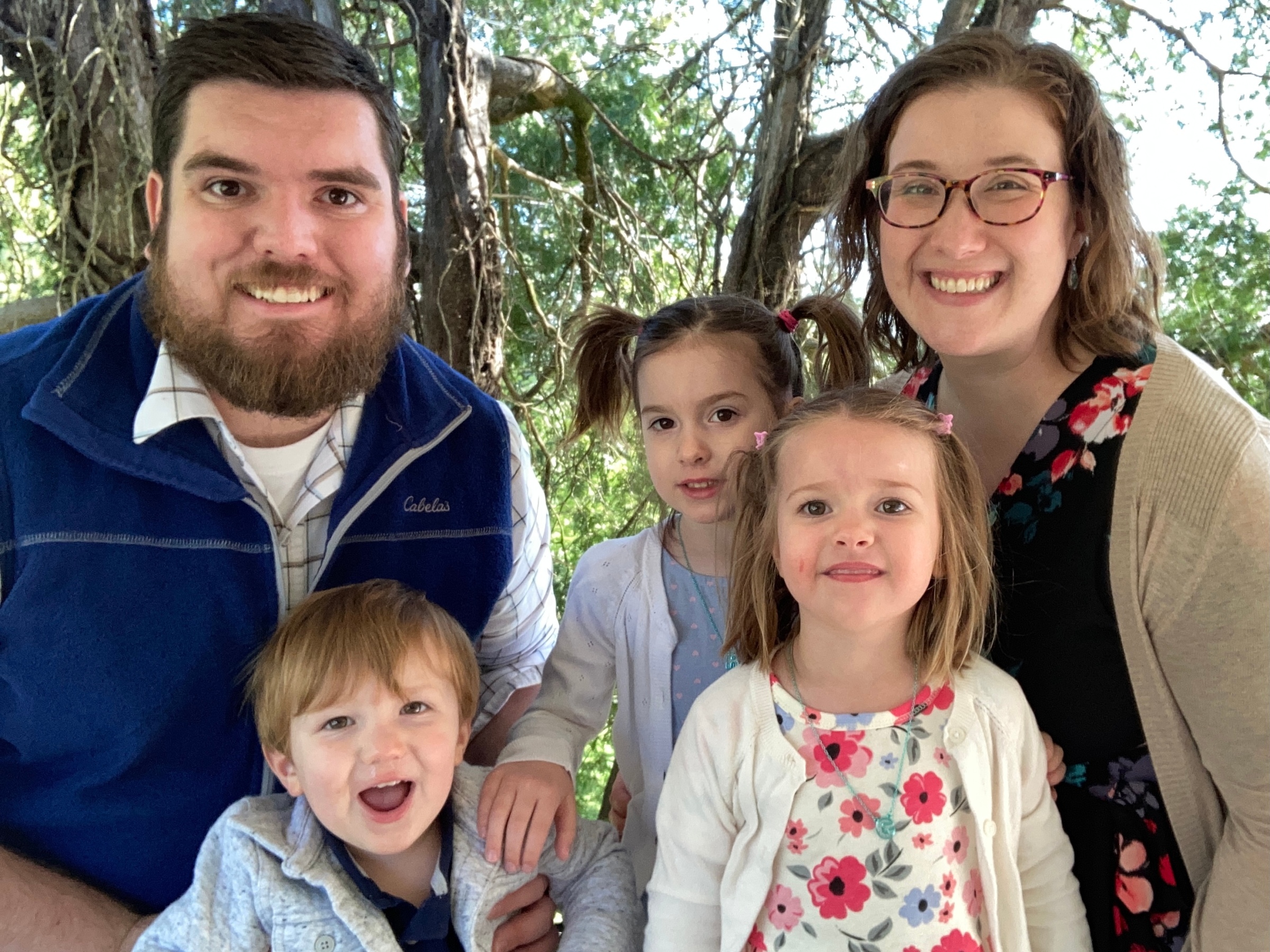 After being saved at age 7, Allen rededicated his life to Christ in high school and felt a drawing towards missions. He moved from Alabama to Alaska in 2011, where he began serving with a youth group.

Melissa was saved at age 5, rededicated her life to Christ in high school, and surrendered to missions that same summer. After a fateful trip to South Africa in high school, Melissa knew she’d serve on that continent long-term.

Allen and Melissa married in 2014 and started a tradition of writing “Imaginings” at every new year, based on Ephesians 3:20. In January 2018, while serving on a short mission trip in Ghana, West Africa, they finalized their list of 2018 “Imaginings.” It started with pursuing the international adoption process (something God had placed on their hearts in early 2017). The next day, they heard about a ministry opportunity in Togo, West Africa, that centered on orphan ministry. And so, they began praying about and, ultimately, pursuing that opportunity.

Now, Allen and Melissa seek to serve the Lord in Togo by partnering with the local church in three distinct ways:

Their ultimate goal is to help fulfill the Great Commission by multiplying churches, disciples, and missions movements around the world. Consider partnering with them today!

I’m pretty sure every day after class this week, we reflected on how much more difficult this semester is, how many new things we’ve crammed into our brains, and how much homework we have.
Hudson’s arm seems to be healing well. Thank you so much for your continued prayers for him. His follow up appointment is May 25th. Lord willing, after that, he’ll be done with his cast.
This week: Allen’s speedy trip to Alaska, a women’s conference for Melissa, and lots of playground time and postponed naps for the kids! More on our blog - links in our bio.