Let Me Tell You a Story…

When we flew back from our site visit to Togo in May, Allen started feeling sick again about an hour before we headed to the airport. Dehydration again.

He was so out of it – falling asleep in the car, pretty lethargic, feverish, the whole nine yards.

Which meant I had to take the reigns and get us, Hudson, and our bags checked in, through the airport, paperwork filled out, Passports stamped, and more… in French.

After passing through border control and security, I ordered us some Sport Actif in the airport while we waited for our plane.

And I told Allen, “You have to drink this and your water before we get on the plane.”

He said, “I can’t drink it. My stomach will hurt. And I don’t want my stomach to hurt.”

Confessions of a missionary: I rolled my eyes at him so hard. And I thought to myself, “I don’t care if your stomach hurts, buster! You are so dehydrated, you better chug that.” 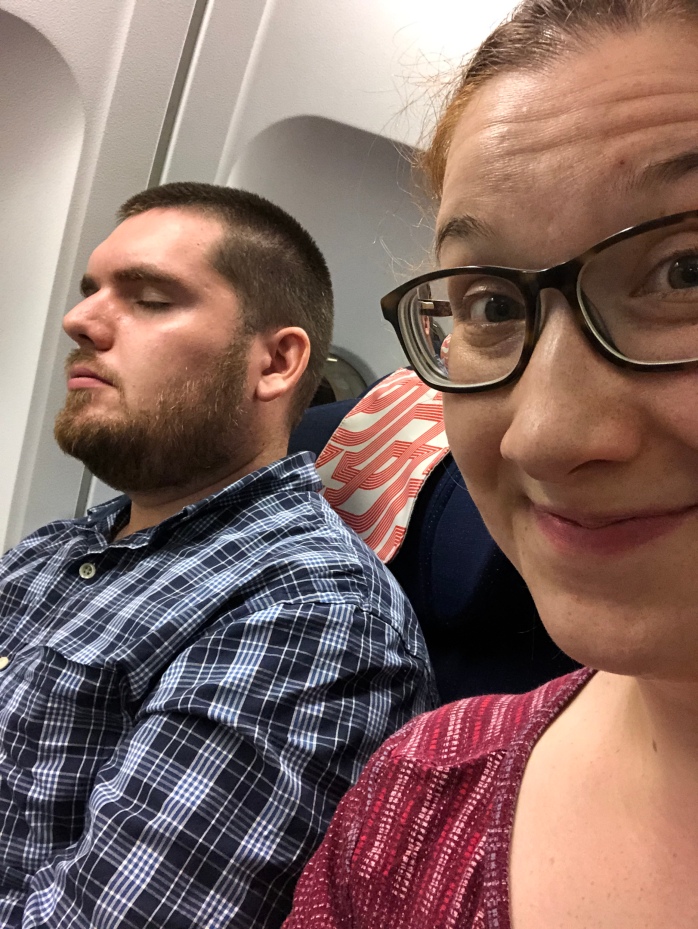 We got settled on the plane and a flight attendant came up. In French, he asked if we needed anything or wanted a bassinet for Hudson. I responded in French, saying no the bassinet and requesting some water because Allen was sick and feverish.

Apparently my French was passable because that flight attendant spoke French to me the rest of the flight. He checked on us frequently, asking how Allen was doing or if we needed anything. I understood enough of what he was saying to get the gist of it and respond or act correctly, but the whole time, Allen was dozing in the seat next to me, still feverish, and still not drinking his water. We had timers going to count down to his next dose of Tylenol to keep his fever down. And every chance I got, I asked for more water for him and tried to coerce him to drink it.

It wasn’t until we got stateside that Allen really started feeling like himself again. He was able to help transition us through the Seattle international arrivals (hooray!) but was still a little weak. 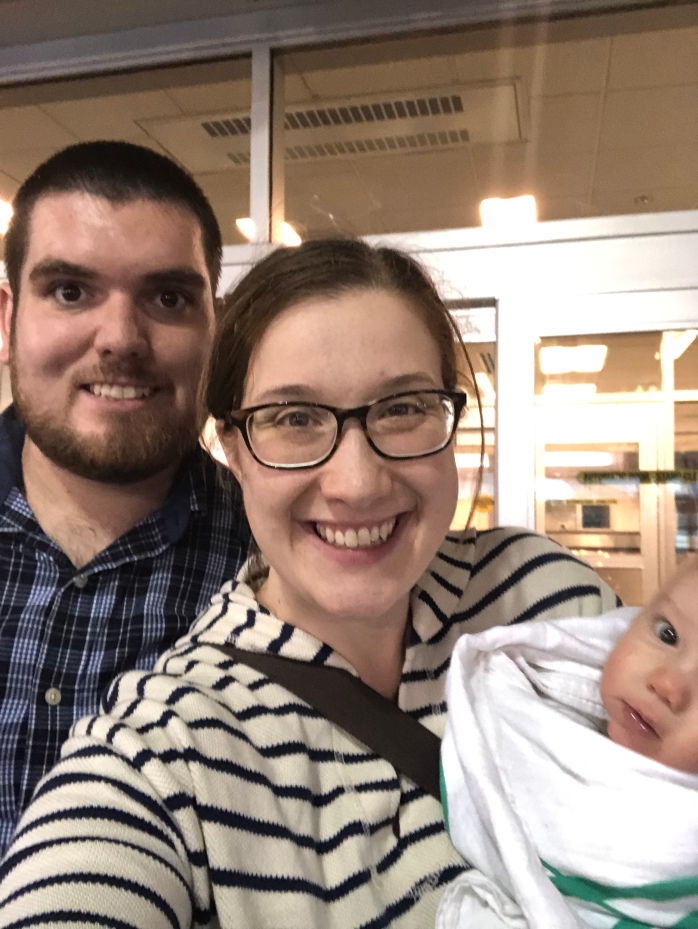 But you guys. Guess what.

He has absolutely no recollection of any of those things. He doesn’t remember a thing! He does not remember saying he would get a stomach ache from drinking too much water. He doesn’t even remember my impressive French skills, talking with the flight attendant. (I’m a little offended.)

From his memory, he drank the Sport Actif, then boarded the plane in Lomé, slept a lot, switched planes in France, slept some more, and woke up in Seattle. I mean, he’s right… he just also missed out on a lot. 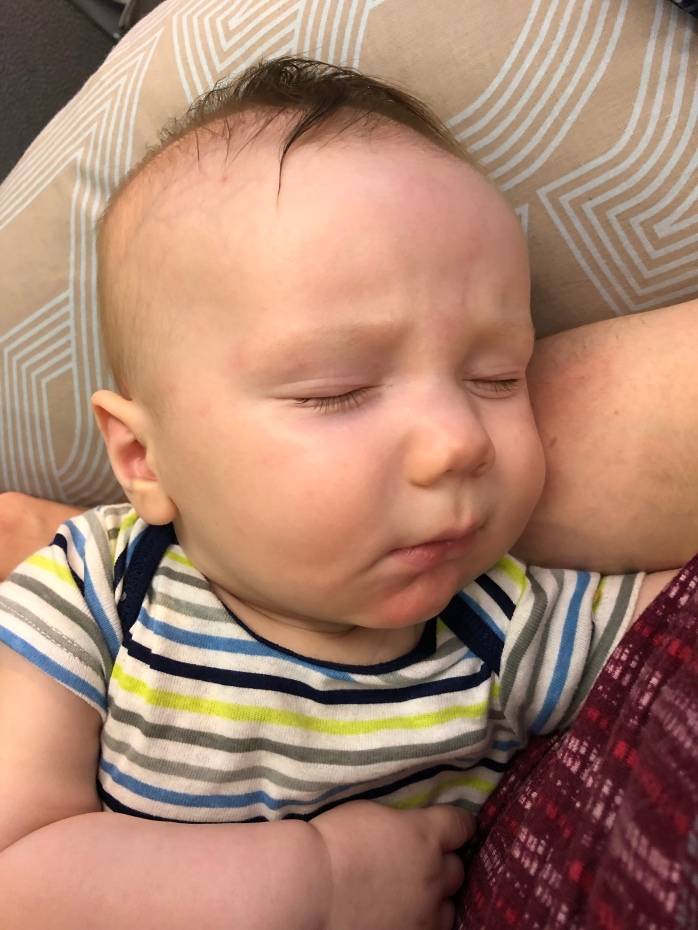 And this beautiful sunset. 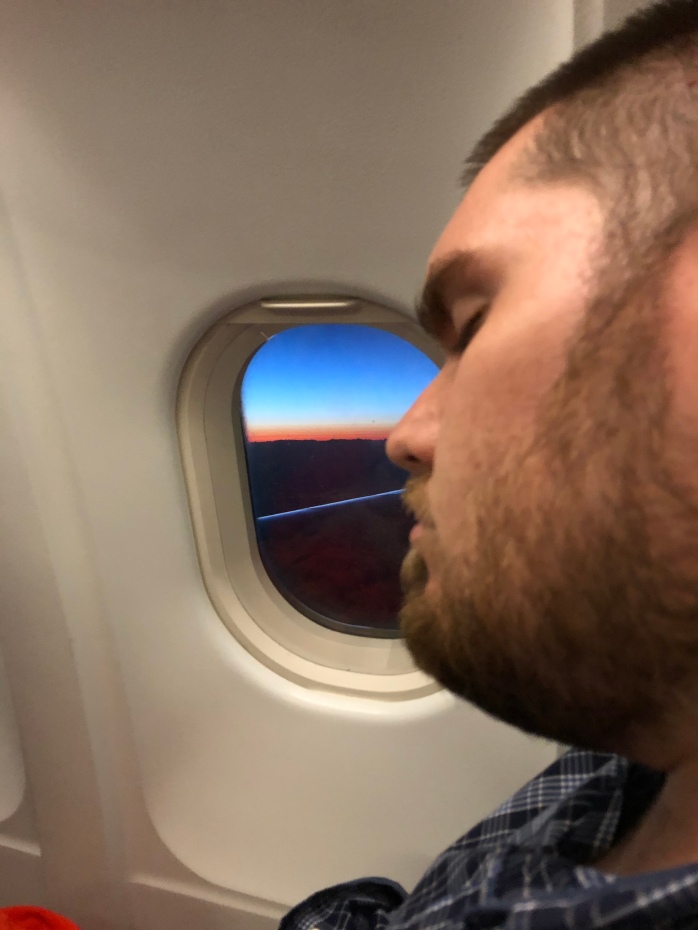 I think I’ll forever tease him (lovingly, duh) about his tummy hurting.

Do you have any funny travel stories?

One Comment on “Let Me Tell You a Story…”