Africa Time: the perceived cultural tendency to be more relaxed about time, including deadlines, meetings, schedules, etc.; a focus more on relationship than physical time. 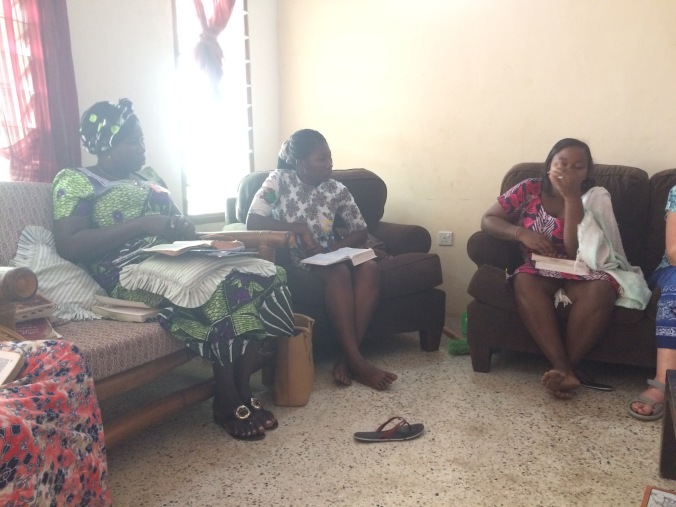 When you’re in Africa for a short-term mission trip (think a week or two), the concept of Africa Time is funny. It’s easy to think, “I’d never get frustrated about things taking longer, people being late, or friends randomly showing up to my house! Just take a book when you’re preparing to go somewhere or always have some cookies in your cupboard.”

But after you’re in Africa (or similar places) for a longer amount of time, it may start to get to you. Things never (or rarely) start “on time.” People show up unannounced, wanting you to stop whatever you’re doing and chat. Stores are closed when they should be open, or open when you thought they’d be closed.

But if you Google (or Bing, depending on your search engine of choice) “African Culture”, you will likely not see any photos of watches or clocks. Instead, you will see groups of people engaging in… well, life. Dancing. Singing. Working. Talking. They are more concerned with people – with relationships – than they are the physical time displayed on the wall.

“God gave time to the Africans, but He only gave watches to the Europeans.” – Charl van Wyk

Allen and I started this prefield journey with “Western Time” on our minds – meeting our deadlines and goals, developing partners quickly and effectively, making sure we were doing things on-time so that we could attend trainings and get to the field ASAP. And we hit our 50% goal right when we hoped we would, within 3 months of being appointed by ABWE.

And then we didn’t move on our monthly support commitments for about 3 months. We stayed at 50%. We thought by now we’d be inching up on 85%, preparing to attend another training in October 2018 or April 2019. But nope. Still around 50%.

And things started falling apart, at least in our minds: Kids got sick. Meetings had to be rescheduled. Personal financial needs arose that we weren’t anticipating. And it seemed like every time we took one step forward, we were pushed back another ten or so.

Our American timeline was failing us.

But the last week or so, we’ve been thinking… What if God runs more on “Africa Time” than He does Western Time? What if He is more concerned about relationships (ours with Him and ours with others) than He is with whatever the clock or calendar displays?

Do you see that focus on people? On relationships? On eternal matters, rather than scheduling matters?

But we also want to take the (intentional) time to love people. To be more “African” in our time orientation. To see that sometimes, the most important thing is just sitting with someone and drinking some water at a well.